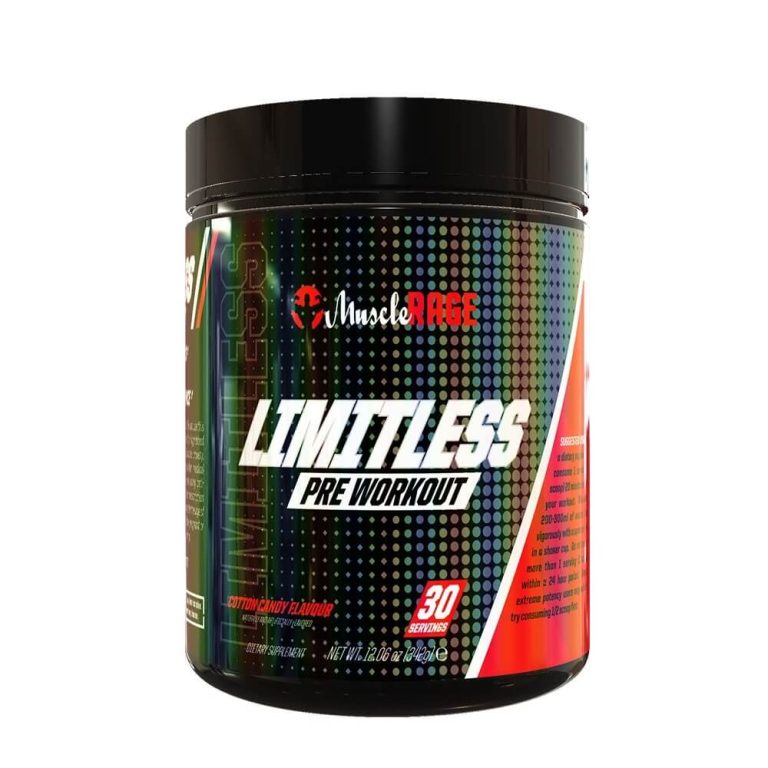 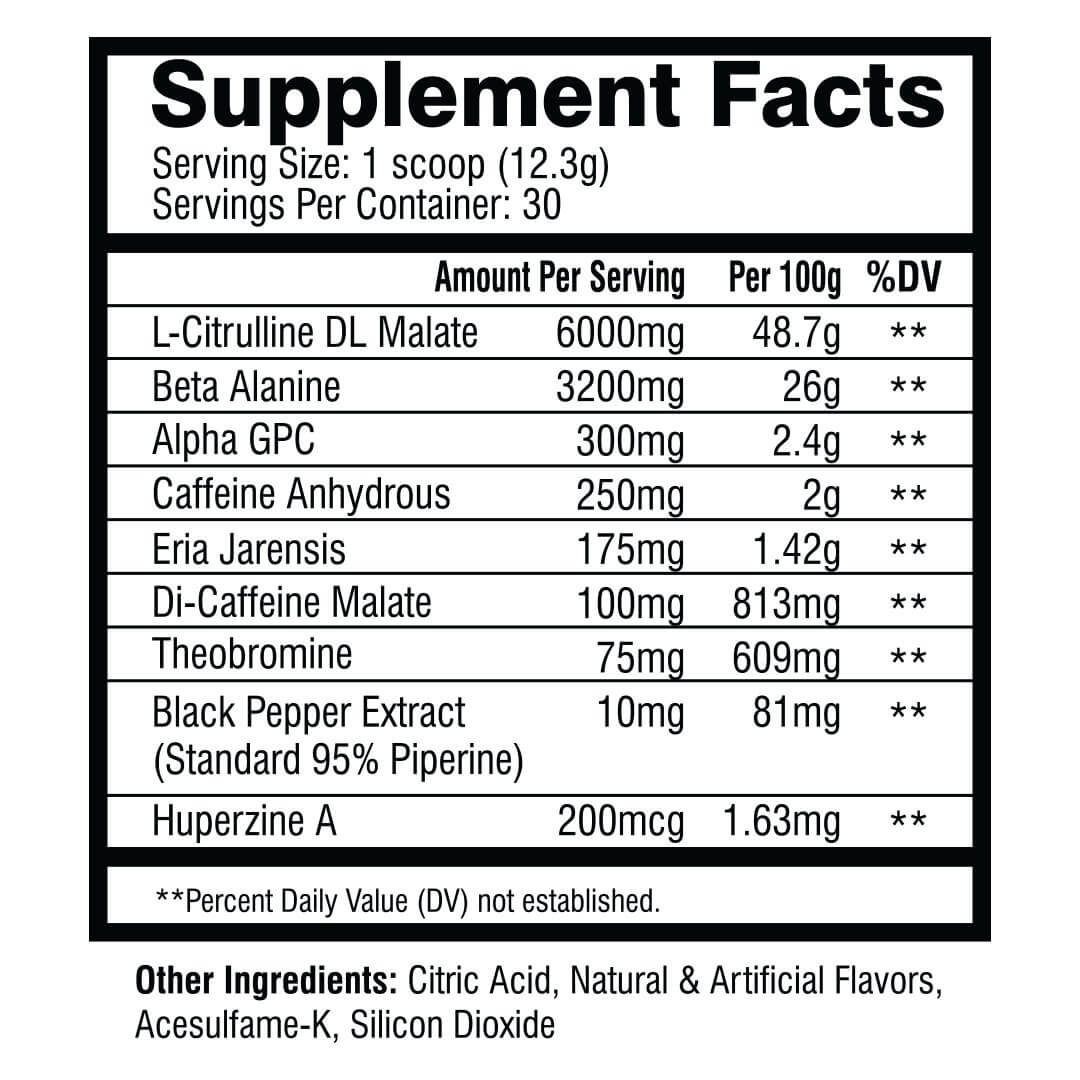 Citrulline Malate (6g) – Citrulline Malate is probably the most well known pump ingredient on the market to date. But also the most under dosed pump ingredient on the market to date. Citrulline malate greatly improves intracellular Nitric Oxide production. It has also shown to push back muscular fatigue during exercise, help you recover faster and with less soreness. At 6g per scoop (the correct and optimum dosage) you know you will achieve the maximum this phenomenal pump enhancer can give you.

Beta Alanine (3.2g) – A well known and well researched performance enhancer. Beta Alanine reduces lactic acid build up whilst training, allowing you to get more reps and more sets in throughout your workout.

Alpha GPC (300mg) – Alpha GPC is a natural choline compound found in the brain. Because of this it has extremely high bioavailability, meaning it kicks in fast and effectively. Because of this it is considered the best form of choline on the market to date. Alpha GPC greatly increases attention, focus and concentration, making distractions in the gym a thing of the past.

Caffeine Anhydrous (250mg) – Caffeine, the compound that is in nearly every fat burner and pre workout on the market because simply it works. Caffeine triggers a whole host of performance benefits such as improved focus, increased alertness and enhanced mood.

Eria Jarensis (175mg) – Eria Jarensis is a powerful PEA like ingredient. Due to its extreme potency, you can expect a huge euphoric feeling that just never seems to quit. Because of its chemical structure this will actually last longer than actual PEA.

Di-Caffeine Malate (100mg) – Also known as Infinergy is a precise combination of caffeine and malic acid joined together by an ionic bond. It is bonded like this to buffer the salts within caffeine, allowing easier digestion and therefore removes the stomach issues that caffeine causes people, whilst also helping to minimise the post caffeine energy crash.

Theobromine (75mg) – Theobromine comes from the cocoa plant and is naturally found in some teas. But at 75mg it works similar to caffeine causing stimulant effect as it crosses the blood brain barrier and binds to adenosine receptors.

Huperzine A (200mcg) – Huperzine A is a naturally occurring sesquiterpene alkaloid that and is regarded as one of the best standalone nootropics. As it is very effective at helping to improve focus, overall brain function and memory.