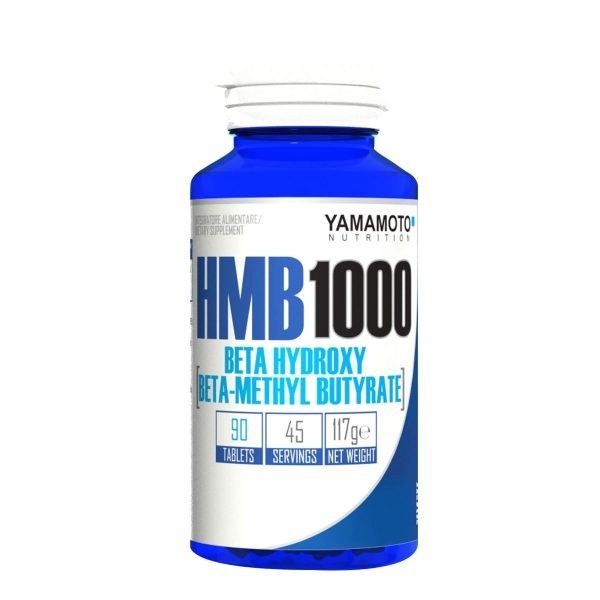 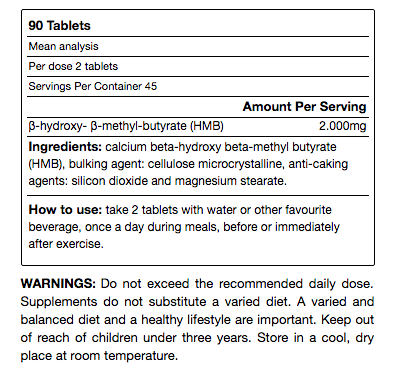 One portion of HMB 1000 contains 2000 mg of beta-hydroxy-beta-methylbutyrate calcium, a well-known ingredient among professional bodybuilders who have used it for years to achieve their fitness goals. Thanks to the tablet form, the product is easy to dose.

HMB (beta-hydroxy-beta-methylbutyrate) is a metabolite of L-leucine that has been assigned a role in stimulating protein synthesis, and a reduction of its concentration has been observed in skeletal muscle after a very heavy workout. As suggested by some studies, HMB can counter the proteolysis induced by exercise of muscles, with positive consequences for muscle function associated with effort and, consequently, athletic performance.