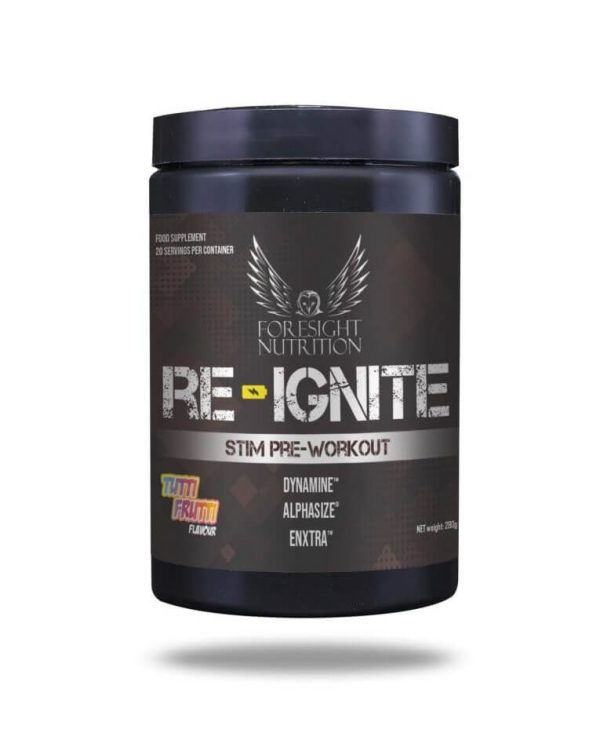 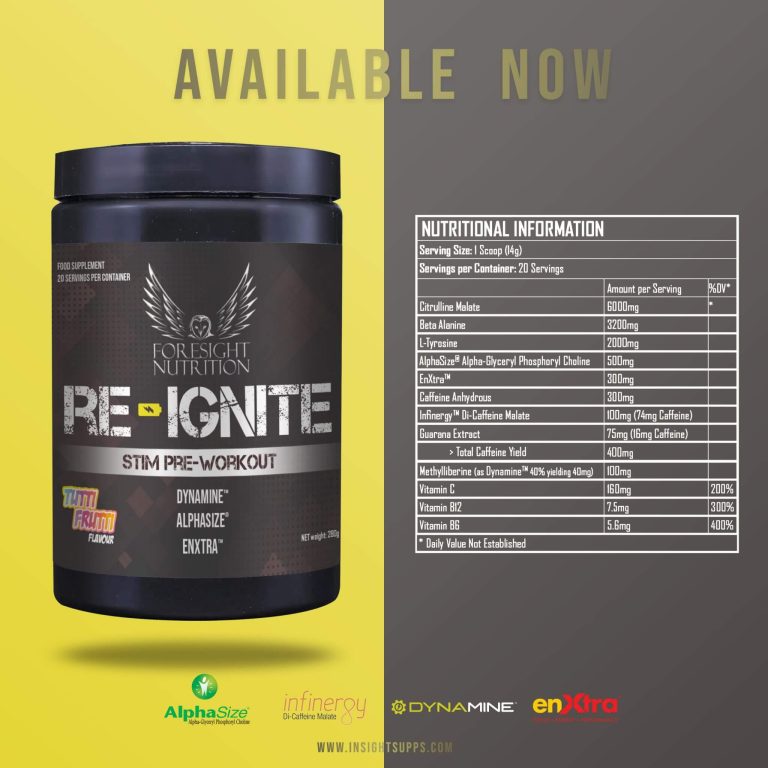 AlphaSize® Alpha-Glyceryl Phosphoryl Choline (A-GPC), is an advanced choline compound that enhances brain metabolism – unlike other choline sources. AlphaSize A-GPC is considered to be one of the most effective brain nutrients in the world, and is used widely for memory, focus, and brain energy, and also for improving sports performance. Alpha GPC works fast and helps deliver choline to the brain and actually increases the production of acetylcholine along with cell membrane phospholipids. It’s possible the compound may also increase the release of dopamine and calcium.

It is the first and only natural caffeine-free patent-pending botanical ingredient, clinically proven to improve alertness and focus up to 5 hours with and without caffeine. It also Amplifies caffeine benefits without the “crash”. It will block Adenosine and also could release dopamine. It may also increase blood flow.

One of the best benefits of Dynamine for people who are serious about their workouts is that it is believed to increase energy levels. Because it prevents adenosine from binding to its receptors, it prevents fatigue and sleepiness, so those who enjoy fitness can experience a workout without getting tired. Dynamine increases the level of mental alertness that people experience, in addition to increased energy. Dynamine operates like Caffeine, resulting in a sharper brain that’s better able to focus on the task at hand.

They also can experience improved physical performance, since it allows you to push harder while you work and reap more benefits from the exercise that you do. People also experience a boosted mood when they take the supplement, as well. Dynamine is known for inhibiting dopamine reuptake. This sometimes creates a feeling of euphoria in the body, which can leave people feeling happy and content. People who take Dynamine often experience a boosted mood, which can last for hours after the supplement is consumed. One of the worst parts of taking a supplement like caffeine is that the people who take it experience a crash as it wears off. In contrast, Dynamine is not known to cause a crash after the supplement wears off. Dynamine will last for 3 hours in a person’s system, but when it wears off, the person will feel normal–not unnaturally depleted.

The first thing you will notice when you take dicaffeine malate is the initial surge of energy followed by steady energy that will sustain you through your workout. This is due to the bond between the caffeine and malic acid. You WILL not experience jitters, anxiousness, racing heartbeat, or any other ill side effects you might get from regular caffeine. You will also not experience any caffeine crash!

The effects of traditional caffeine may last a couple of hours while the impact from dicaffeine malate may last 6-8 hours. Malic acid plays a role in producing energy from the breakdown of carbs, fats, and proteins. As caffeine wears off, the malic acid takes over to help you avoid the loss of energy.